does any one have the music to Egyptian Princess I used to be able to play it in my 20,s but no longer have the music and can only remember the first two movements

look forward to someone coming to my rescue

Things are pretty much 'back to normal' here. Study door is shut, sounds of banjo music heard and OH only emerges for cups of tea or a meal. Something is afoot, though. How do I know? OH tends to focus on one thing at a time as you can probably tell by his time away from here. The roof took priority. Now he has another project to occupy him, which involves long periods at the computer. This project involves much hard work plus the added bonus of banjo music and,…

Having been to 'Dancing Time at the Library' yesterday and dancing in the man's position, (because there were not enough men to go round), a thought suddenly occurred to me.

The gentleman's ballroom hold is very similar to holding the banjo.…

It helps to offload sometimes, to know that there are others in the same boat. You are not the only one who is suffering supporting your loved one. Just talking about it may help. I'd like to post today about tunes that go round and round in your head, tunes that bring back certain memories, tunes that affect other people in your lives. One tune stands out for me and that is…

Living with the 'condition.' Part 2

Frequent isolation periods are needed in order to control this 'condition'. eg the study. Here the banjoist feels safe as he is surrounded by positive energies.…

Living with the 'condition.' Part 1

The condition manifests itself in different ways and living with the person who has this condition requires much patience and acceptance of different behaviours.

Here is an example of the collecting side of the 'condition'. I think there are 5 or 6 banjos stacked, neatly of course, on top of the wardrobe in the bedroom.…

Down at the bottom of the page is a link to BADGES. This was my first investigation and I hope that the badge appears at the top of this post. If it doesn't it's back to the drawing board. The code from this badge can be inserted into web pages if you wish the world to know that you are a member of this site.…

There's no upright piano in this house. Only this one. 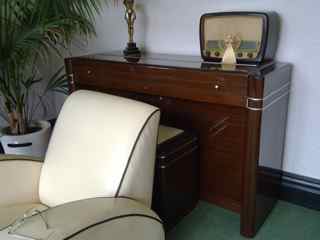 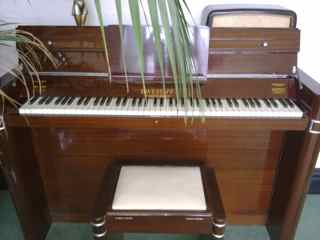 Please excuse so many posts, I'm just finding my way about the site, starting with this blog. I don't feel as though I'm qualified to post any discussions yet but I seem to have got one going, inadvertently, when I referred to hand positions. Thanks, Jody, for the detailed analysis of hand positions. I think it's really up to the person who plays the instrument which hand position is the most comfortable. I'm sure that speed can be achieved with practice whichever method is chosen as you…

When I play the piano, touch type or when I pick out a tune on the guitar my hands are slightly raised with the knuckles at the base of my fingers a little higher than the finger knuckles. Watching classic style banjoists their hands are down with the knuckles from the middle of the fingers and the knuckles at the base of their fingers more or less in line - for speed on the strings, so I'm told. I've seen Chris Sands in action, (I'm sure…

Thank you for your comment. To answer your question in one word - yes. I'm a fairly good sight reader but first time through I may leave out a few notes for the sake of keeping the tempo going. I may also hit a few 'bum' notes in my haste. Each time through I'll add a few notes that I missed. If I get to a place that is particularly tricky then I will have to practise in order to get up to speed.

I've never been really happy playing octaves. Being a sight…

Thank you for your welcome. Steve you are quite right. When I hear OH playing I certainly do know where he is. He's practising his latest piece at the moment so I know he's out of trouble. I know he should be doing the housework, Sylvia but I've let him off for today and he did mow the lawn yesterday! He made me a cuppa this morning so he's in good favour at the moment.

Mike, his piece of the moment is a medley of different songs and maybe he'll ask for an accompaniment - we'll have…

I just thought I'd pop in to see where my other half hangs out and have a nosey around the site by myself. You may have seen my left hand in one of OH'S videos and my head in another. I thought I'd post now and then from the perspective of 'the long suffering wife person who lives with a banjo player'. There will be no technical jargon, I'm afraid. I tried the banjo once, 2nd part to Sunflower Dance, I believe, but it…