Now I've seen everything: a case for a banjo pot. 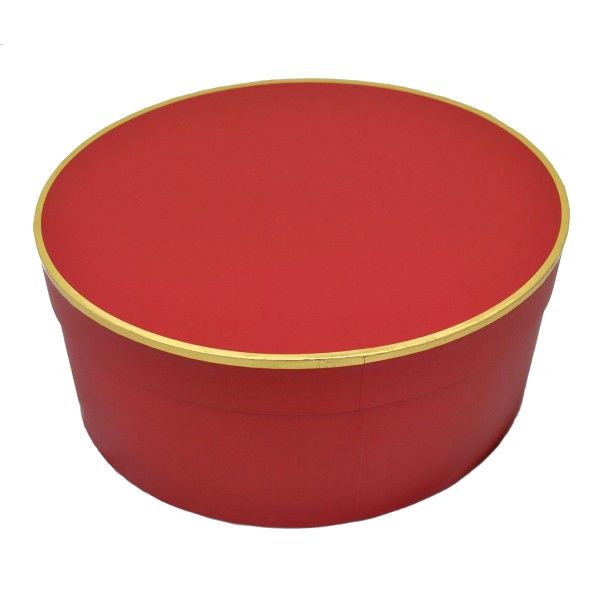 For a Clifford Essex hat!  I did a web search for "hat box" and was astonished to see more than a few specimens selling for well over a thousand pounds or dollars, more than the price of a complete Clifford Essex banjo for most models.

Now why does a hat box have a key?  Was there once a thriving industry of hat thievery?

Obviously the rim is about as "Clifford Essex" as all of the unmarked banjos on eBay are "Remo Weatherking".

At least it has the stretcher hoop or "bezel" so it is still useful for someone to put a neck and a set if hardware on.

Perhaps the hatbox was just a place to shove the rim to keep it out of the way.  The owner dies-- junk is liquidated-- it becomes a case for a banjo rim.

Jody-- RE: Lock and key.  Often boxes, suit cases, bags, etc., would have a key lock latch.  I don't think anyone really thought they were secure (almost all can be defeated with a "Gem" patent paperclip).  It was just a nice fancy touch for boxes.  Same as locks on banjo case latches built today.  Most of those can just be snapped open with some force if they lock.

Oh yes indeed. I've seen eBay auctions for a Grover Non-Tip banjo.  And an antique Rogers banjo. It said so right on the vellum. I've even seen the brand of an obscure maker of banjo tailpieces given as the brand of the banjo.  That's like advertising an automobile as a Firestone or a Michelin.

Obviously the rim is about as "Clifford Essex" as all of the unmarked banjos on eBay are "Remo Weatherking".