This is the first of two of Winkler's tunes that I've arranged, the second one, Midnight Rag, I'll post later. Both tunes are worthy of a listen and play, especially this one which is my favourite of the two. Winkler came to the US from Austria in 1908 having worked as a ship's waiter and later gained US citizenship. He had a modest musical career and there are 13 known compositions which he had published. The score and midi are in the library...Steve. 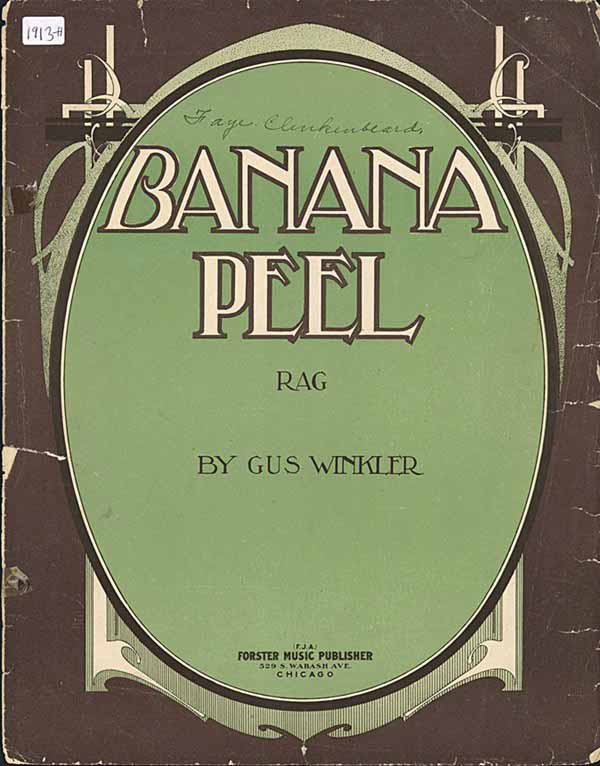 Further to my previous post, I've attached a recording of Banana peel rag made by the Paragon Ragtime Orchestra....Steve.

Man! I cannot get enough of the PRO. My kinda music.

Well done on the transcription!

Further to my previous post, I've attached a recording of Banana peel rag made by the Paragon Ragtime Orchestra....Steve.