I received an email from Eric Stefanelli who apologises for not being on site for a while as he tells me that both he and Pat have been involved in other musical projects.

Most will have seen videos on this site of Eric Stefanelli either  playing solo or with his wife Pat, Marc Dalmasso and others. Eric is a superb Classic Banjo player, but some may not be aware that Eric is also a highly skilled luthier who hand makes a range of superb Classic Banjos.

In January this year Eric told me about a new banjo project that he is working on. He was then at the design, development and drawing board stage and by taking the very best features from the best banjos that have ever been made Eric hoped to produce the perfect “New Classic Banjo”.  He wanted to produce a 12” hoop, open backed instrument, and add a tone ring to create a nice balance between treble and bass. Also he intended to incorporate several innovative design features. Today Eric has told me that the first instrument from his extensive design work has been completed and has sent me a number of photographs. 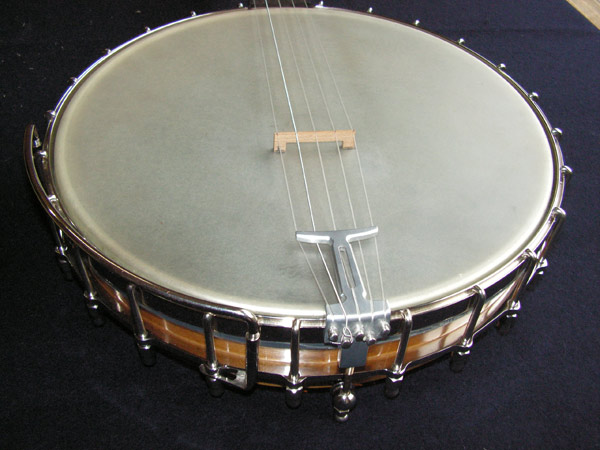 Eric describes the instrument as a “Real success” and says that he is really pleased with it! The flat head, modular floating tone ring gives a really balanced sound with increased bass and treble response. He has scalloped the fingerboard and fitted flush frets for speed and ease of playing! 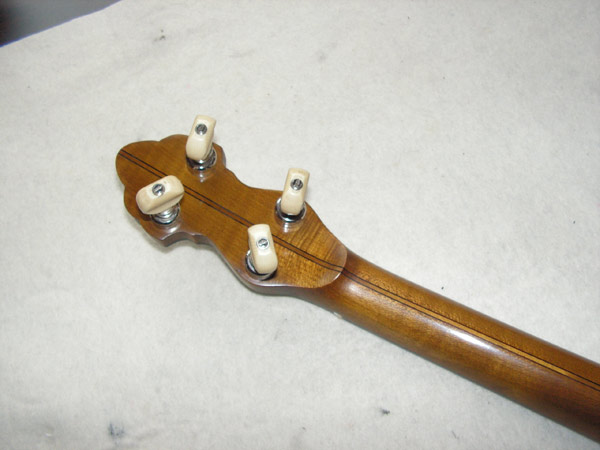 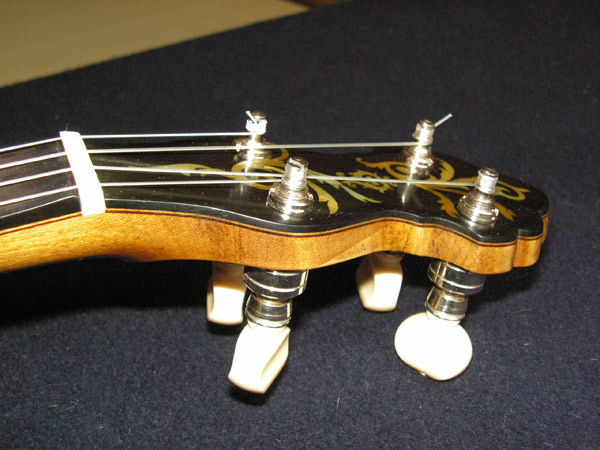 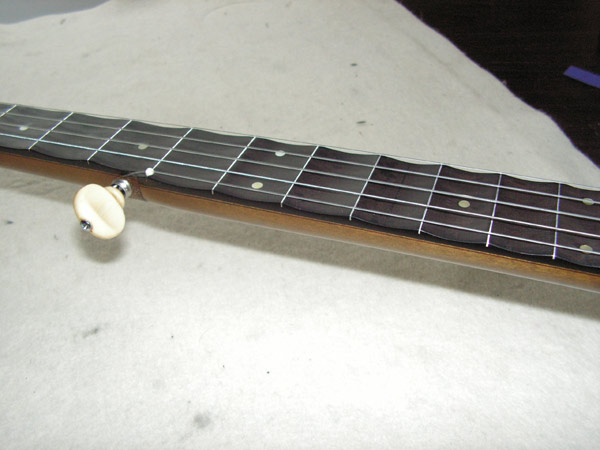 There are no bracket shoes bolted through the pot as his banjo uses a custom, laser cut bracket band. The banjo is fitted with a natural calfskin vellum. Eric says that he is delighted with the sound and playability, and it also looks nice too! He will be playing and testing it out over the next few months and to hear how it settles in. He says he hopes to post videos soon.

This is like a VanEppsian dream come true! Looking forward to hearing it in action.

Yes! I can't wait to hear it!!! Beauteous Maximus!

I have one 'scalloped' fretboard banjo in my collection, a Middlebrooke "Lion" that needs just a couple of brackets and some clean-up (and a tailpiece) to get into working order. I've played another (owned by Dave Ball) and found the fretboard to be "like butter". The Middlebrooke scallop isn't symmetrical like the Van Eps, that is, it is deeper at one end rather than in the middle and it is quite shallow. Middlebrooke held the patent on the scalloped fretboard for quite some time and VE had some sort of trouble (I know not what) with that fact.

I've been very near a couple of original VE scalloped banjos...but never got to play one. I talked to George Gruhn back in March and he admitted he had 5 of them in his collection but recently sold two, one to Bela Fleck and one to Curly Miller (of the "Old 78's")...each going for $10K.