I wonder if the "secret improvements" are the screws in the fingerboard and heel? 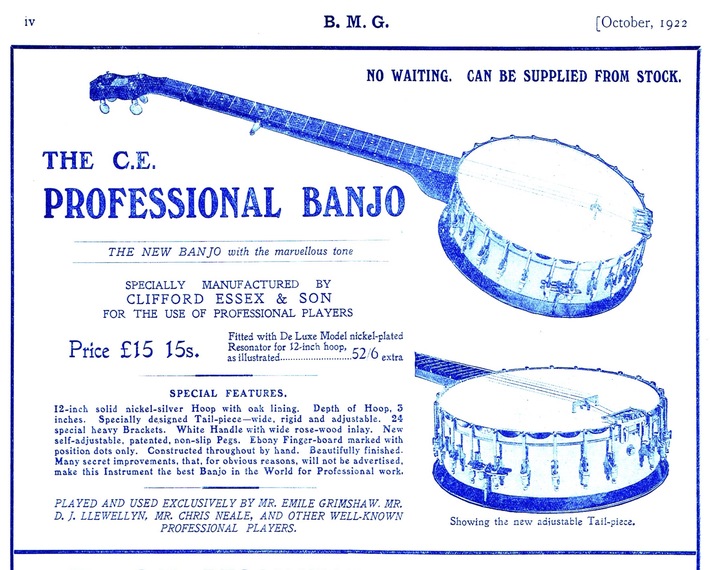 Yeah, those "improvements" are hell on luthiers and anyone else trying to separate neck and pot for any reason.

In what year was this advertisement printed?  I used to have a Clifford Essex Imperial made before the WW1 ("The Great War) that had these screws or nails or bolts. What a pain.  It was a good sounding banjo especially with a natural vellum and a two footed bridge made from Osage Orange wood..   A lucky student of mine has it now. I told him that I'd sell him the banjo on the condition that if he ever wanted to change the bridge that he give the Osage one back to me.

The fingerboard is screwed on too, so says the catalog.

I love my Professional, but I have to say that it is the most overbuilt banjo I have ever seen.