I saw this title in the random view in the new Music Library here...and knew exactly what it referenced...and knew I had to hear it.

Here's the cover art from the original piano score: 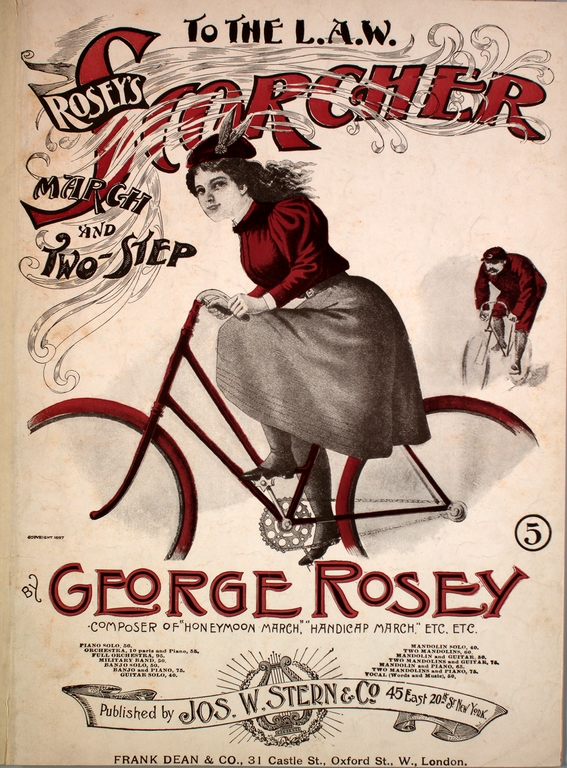 "Scorchers" were bicyclists of the 1880-1900 period who rode as fast as possible and without regard to either personal or public safety. They were so prevalent in many population centers that special police squads (often on bicycles too) were used to bring them to justice. In Denver, CO, they even deputised the local bicycle club to  help with the problem. Unfortunately, most of the club riders were the very people they wanted off the streets...

PS. The "L. A. W." as referenced on the sheet means: "League of American Wheelmen"

Thank you Marc. I have added the Tablature to the library and dated it with today's date.

Do you have a midi available, as I would like to hear it too?

Done! I would have done that last night but for some reason, I could not figure out how to post the MIDI file. Duh...

Hey thankyou Marc.. that is a cracking tune!