The Honeysuckle And The Bee MKII....William H. Penn.

Having recently posted Minnesota Shake-Down by W.H.Penn, I decided to have a second look at another of his tunes that I arranged some years back. I have a keen interest in the history of Victorian and Edwardian Music Hall and as such, I'm a member of the British Music Hall Society. This is a typical 'corny' song of that era but one of my favourites and one I enjoy playing very much. I've updated the original arrangement and added my usual annotation. The new score and midis are in the library...Steve. 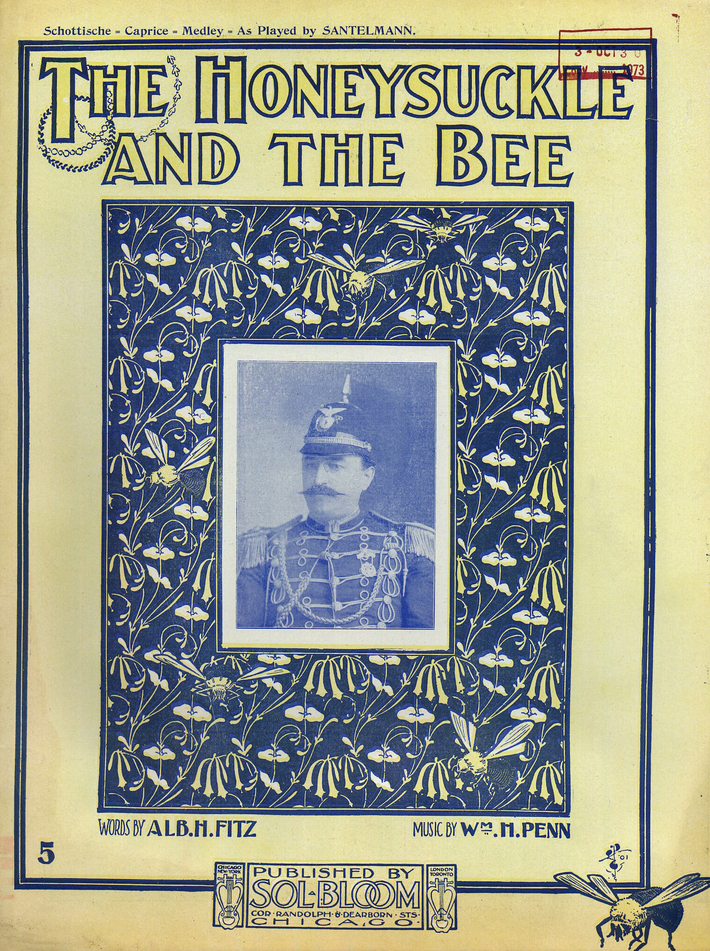 I love the picture of William H. Santleman on the cover. He was a musician in the US Marine Band under Sousa from 1887 to 1892 (when Sousa left). He left the band himself in 1895 to pursue a concert career but was back in 1899 when the position of conductor opened up. He took over the US Marine band and made quite a few recordings in the 1899-1922 era.

Thanks Marc, I've downloaded the scores to some more of the most popular British Music Hall songs and when time permits, I'll have a try at arranging some of them into a medley for banjo....Steve.