Piper spent most of his musical career as the leader of the Sydney Concert Band in Sydney Ohio where he lived for most of his life. This is the only known published rag by him and the only one that I know of with mouse in the title. It's a good example of ragtime and isn't too challenging to play. The original key was G but my preferred key is C. In the second section, I've arranged it an octave lower than written which works better on the banjo. In bars 67/68 and 95/96 I've changed the chord inversions of the arpeggios to something that to me, sounds more pleasing. The score and midi are in the library...Steve. 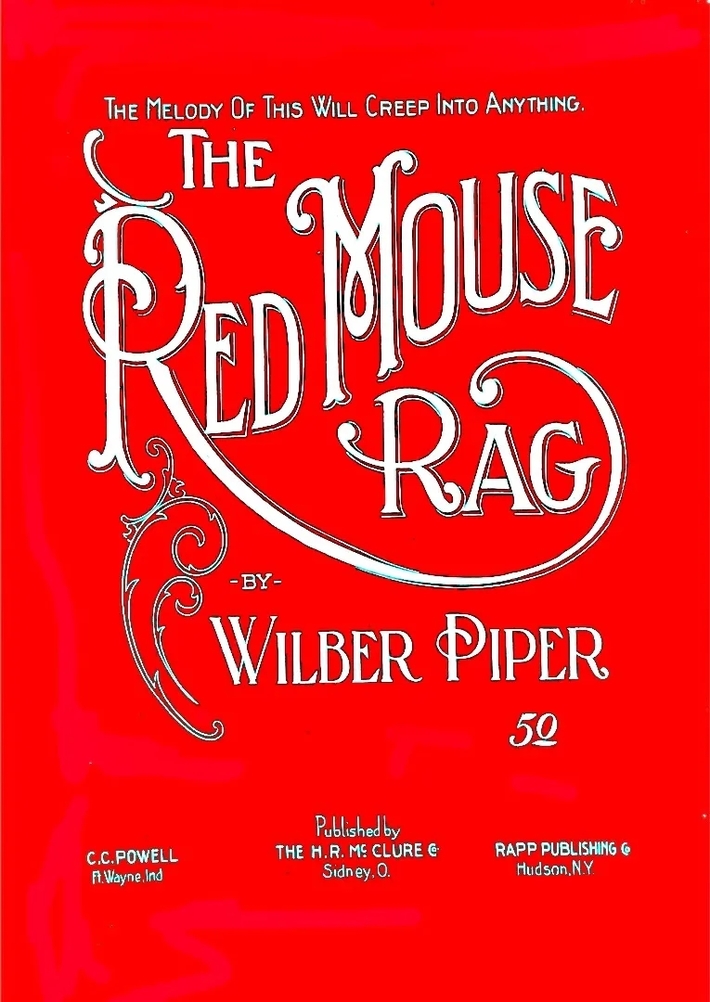 Thanks Marc, it's a pity he didn't publish more of his work. I expect that most of it was band music...Steve