This is a very good example of an early ragtime tune, it's written in the popular banjo friendly keys of Eb/Cm/Ab. For those of you familiar with Morley's "Dark Town Dandies" you may notice that there is a more than a passing resemblance stylistically between the trio and the Ab section of DTDs. It has very similar syncopation and timing. This is a nice one to play and well worth a try.

I could find nothing on the composer other than a couple of other tunes that she had published.

The piano score has the second part written in a high octave which is a bit tricky to play on banjo so I've written two versions, version 1 has the second part lowered by an octave and is a little easier to play. Either of them sound equally good, the midi is of version 2 and together with both scores, is in the library....Steve. 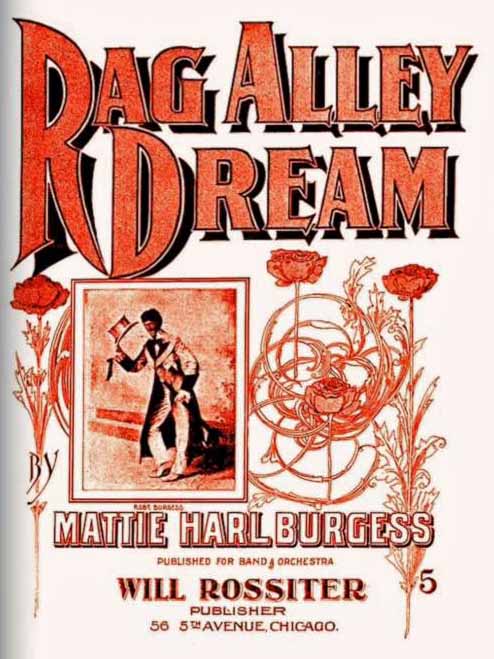 Permalink Reply by Trapdoor2 on January 10, 2019 at 17:01
My, my! I really like this one Steve. I enjoy your exploration of Ragtime. Well Done again!

Thanks Marc, I keep looking and I keep finding 'em. This is a real 'written for banjo' tune and is my current favourite....Steve.

My, my! I really like this one Steve. I enjoy your exploration of Ragtime. Well Done again!