I would like to thank Keith and Malcolm Adams who are the sons of banjo player Leonard Harry Adams who played in numerous UK dance bands during the 1920's and 1930's.

Keith contacted me to ask if I would be interesting in sharing old BMG magazines and music scores, that had remained in the loft since the death of his father, on our website. 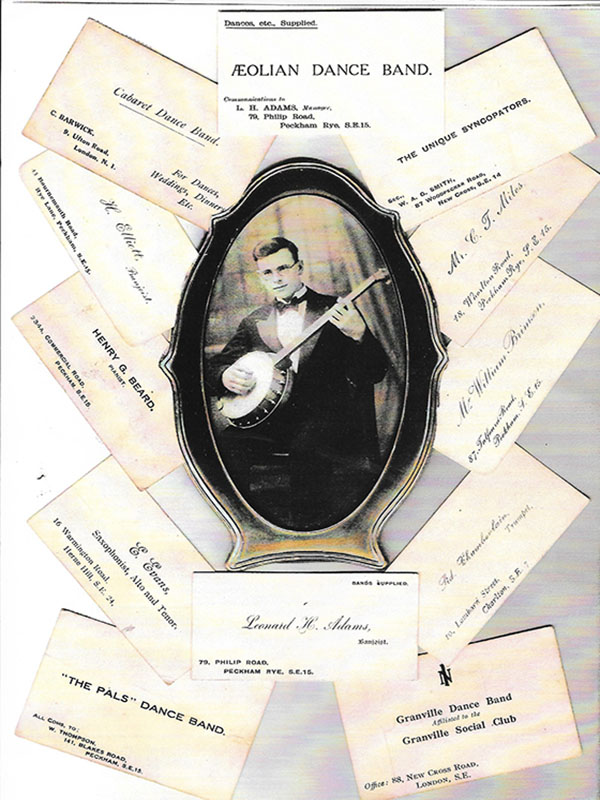 Leonard Harry Adams playing his banjo surrounded with various business cards associated with his band. He was born 8 March 1905 and died 27th June 1983.

He played with the Aeolian Dance band but was involved with organising dances for the Young Liberals in Peckham. His banjo is a Slingerland May Bell Banjo  (Made in USA) 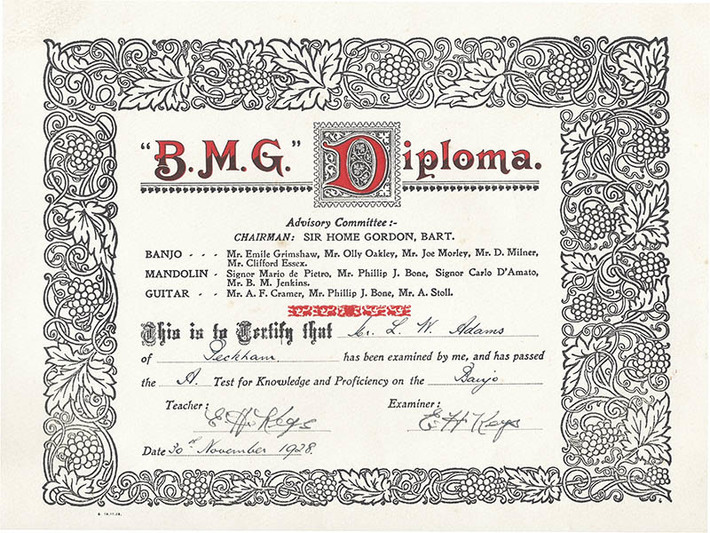 L. H. Adams was a supporter of the BMG and gained Grade A examination qualifications through them!  Look at the names on the certificate of who issued the banjo qualifications... you may recognise a few :-)

I received a pile of published scores, tutors, BMG magazines and general banjo ephemera for which I would, again, like to thank Keith and Malcolm.

I have added the following BMG's from the 1920's and will be scanning and adding music scores to the MUSIC LIBRARY as time allows. 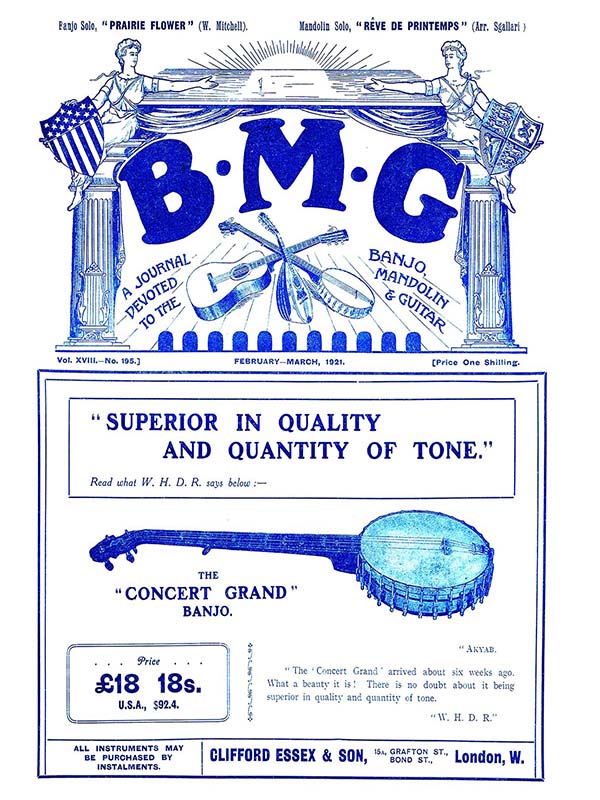 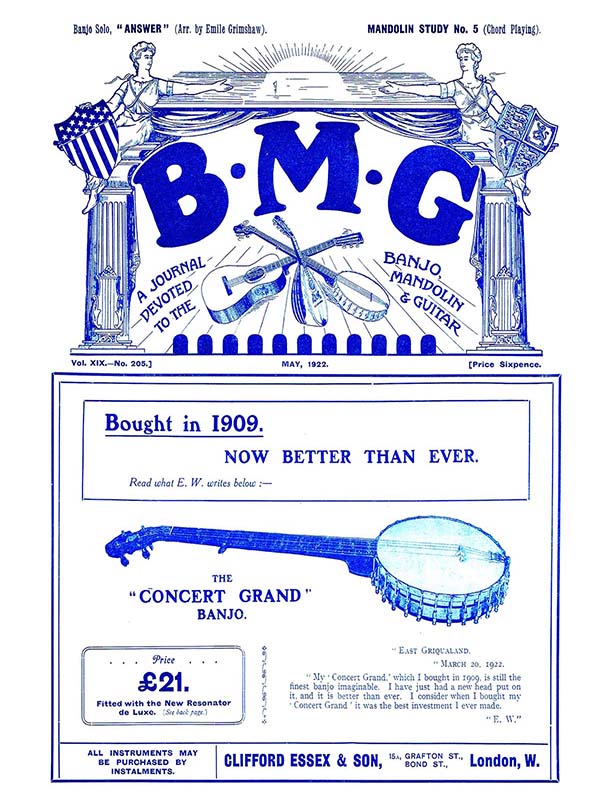 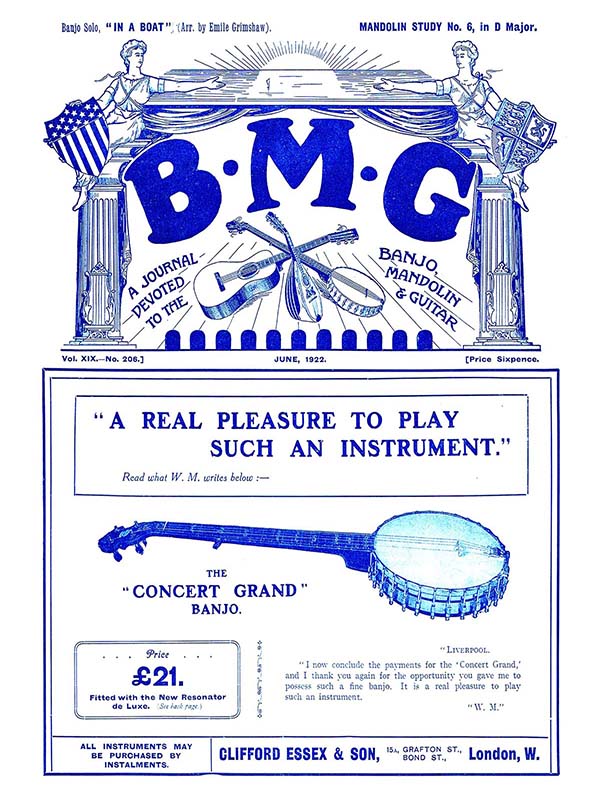 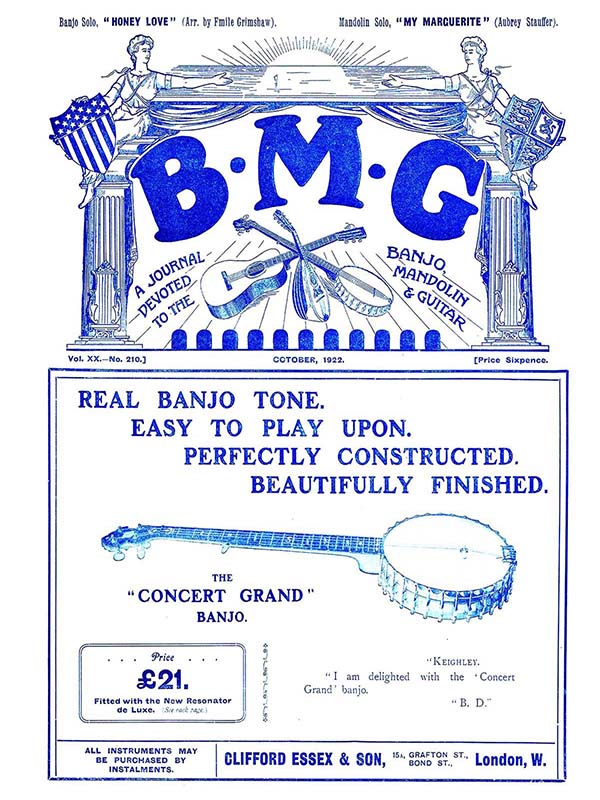 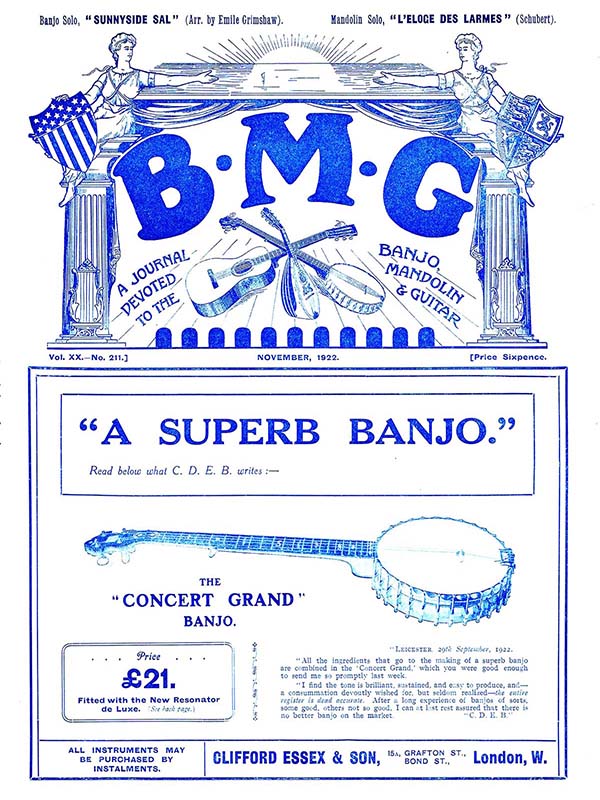 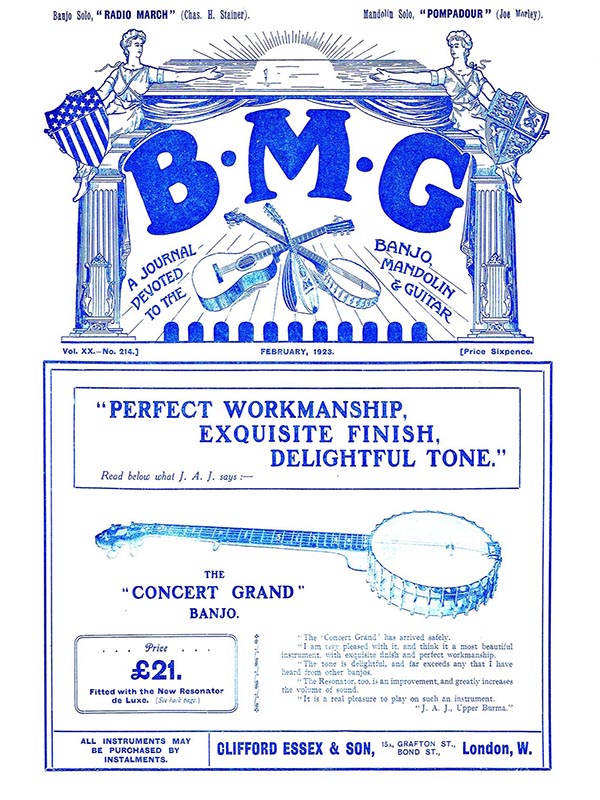 All these are fully searchable Adobe PDF files.... enjoy!

I'll have you know that Boris Johnson has a second class degree in Classics, otherwise known as Greek and Roman fairy tales.

I thought this forum was to discuss the banjo not politics!...Steve.

Yes, you are absolutely right, Steve. Sorry about that!

I thought this forum was to discuss the banjo not politics!...Steve.

Or the politics of the banjo...