Woolsey was a Physician and part time musician and composer, he published 12 pieces of music of which four were rags. In 1913 his medical career took precedence over his music when in 1913 he became assistant physician at Missouri State Hospital eventually ending up in general practice in Braymer, Missouri. This is a well written composition with some interesting syncopation in the third part. I've had to rewrite one or two bars to make it more banjo friendly. The score and midi are in the library...Steve. 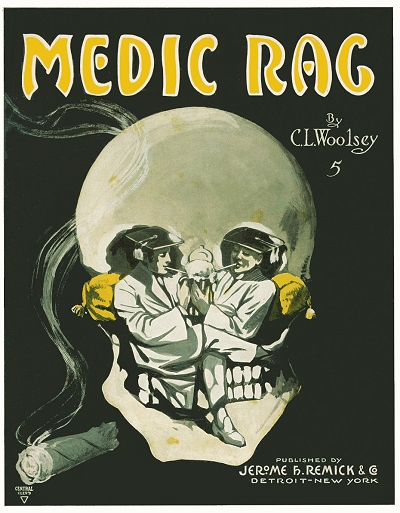