I've had my eyes on a Clifford Essex Concert Grand for some time now (this one was built between 1912 and 1919 so it satisfied my historical interests given my passion for WWI history).  I know a number of players on this discussion board play Concert Grands, so I was hoping to hear their opinions on them.  I've never seen one in person and I can't try before I buy, but I love how they sound in recordings and am aware that they are often regarded as tonally improved Whyte Laydies.  Right as I was about to pull the trigger on the Concert Grand, I was offered a 1897 Cole's Eclipse 4000 (butterfly inlay) in mint, unplayed condition with its original case.  From a monetary standpoint the Cole is a fantastic deal since the seller is only asking for $1700!  The Concert Grand I was looking at is $1400, which is still a good deal I think.  How does the Eclipse compare tonally to the Concert Grand, and in terms of general playability which banjo is superior?  I've heard that Eclipses have wider fingerboards and chunkier necks than late 1890s Fairbanks banjos, so it may have a comparable feel to the Concert Grand. Having played neither, I just don't know.  There is a video on Youtube of Bill Evans playing Ragtime Episode on an Eclipse and I really like the tone he is getting, but upon closer inspection he is using a three-legged ebony-topped bridge and appears to be playing with his nails pretty far from the bridge, so I doubt it will sound the same with a proper bridge and played without any nail.

All the CE banjos made prior to 1915  could have been made by Richard Spencer ; i would say it 's easy to say looking at the inlays ; similar to the inlays of these Rich Spencer ZB : 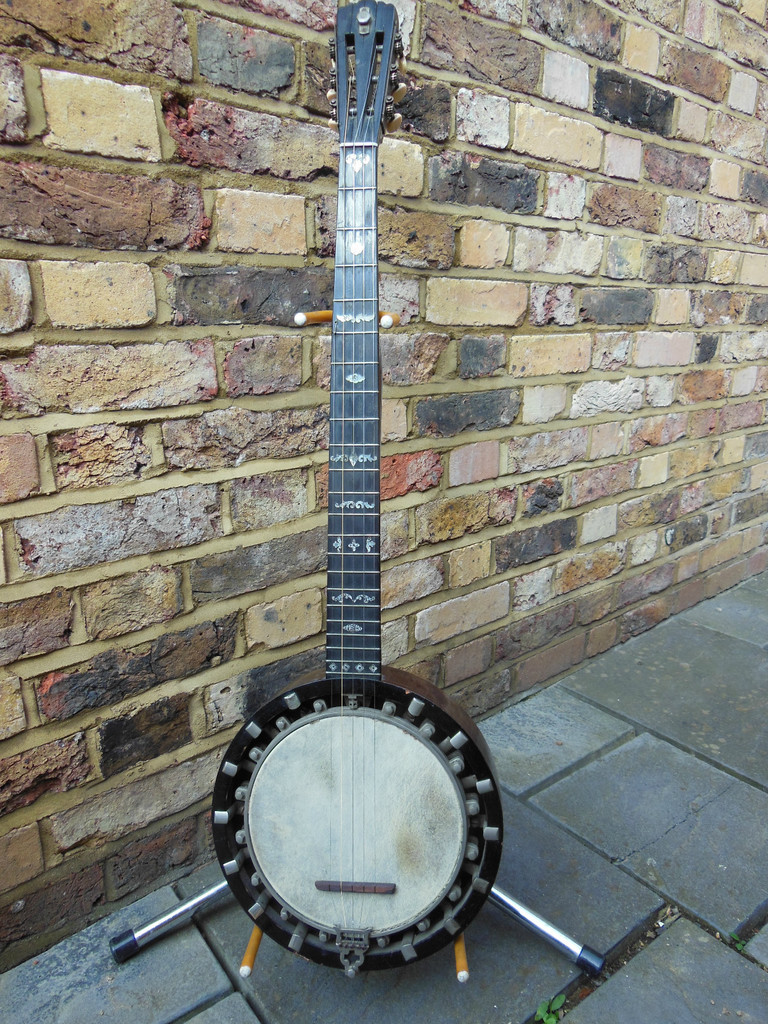 I bought my C.E. Special XX from the Clifford Essex shop in Earlham St. London in Sept. 1961.  Still have it 54 years later.  It cost me the princely sum of £35 and I still have the receipt dated 29/9/61 in A P Sharpe's handwriting.  He was the company MD and editor of "BMG" magazine and he was the one who persuaded me to go for the Special XX rather than a Bacon Silver Bell 5 stringer that they also had in their display case ....for £40...   It was in fact a no-brainer as I didn't have the extra fiver.

I've used the Special XX (a pre-1919 rosewood model) for all styles of banjo playing for 54 years with both steel and nylon strings and it has worked well throughout all the indignities I have subjected it to.  Played it this morning !........£35 well spent I think....

Permalink Reply by John Cohen on April 2, 2015 at 8:30
Marc, prior to 1920 CE banjos were made by a number of different shops and teams of luthiers, not just one team at the CE workshop. Other than standout examples of this like the Weaver, there isn't a way of knowing who built these early CE banjos or where. The inlays also seemed to vary more by model than by age or luthier. There are early Special XX banjos that share the same or very similar inlays to the concert grand and that are different than those on your zither banjo. The more I dive into the history of CE banjos, the more confusing the dating process gets!

i know that  but These 3  ZB aren't mine ; pictures came from Web or eBay sales : but both 3 are signed Richard Spencer ;  and there is some similitude in the inlays  with my early rosewood CE XX , my early CE Xspecial  & my early CE special ; i could think these Bjs were Rich Spencer made . 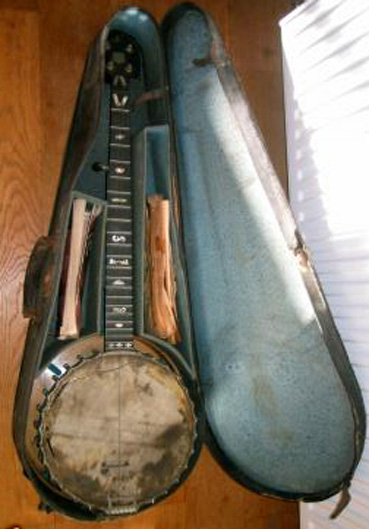 The Concert Grand arrived a couple of days ago and it's a very nice banjo.  This is my first Clifford Essex and I'm quite enthralled with the quality of it.  Unfortunately the rim measures 11.1'' all the way around!  I placed an order for a custom Remo Renaissance head since the 11'' ones do not fit (yes, I tried).  In the meantime I'd like to put a calfskin on it, but that will require finding a flesh hoop that will fit.  Does anybody know of a source for custom flesh hoops?  If I can't have one made, I'll have to spend a few months playing it with the white weatherking that is currently on it.  As Jody mentioned, it's painfully bright with this head.

I asked a friend in Europe who has a CE Concert Grand and have I just received a reply .

Here is his reply:

"I did buy the Renaissance head for my XX Special, but have not fitted it yet as it had a perfectly good 'frosted' head on it. It is 11 1/8'' medium crown."

Yes, but in the USA 11 1/8'' isn't exactly an easy find so I had to place a custom order.  Do you have a source in the UK for heads of this diameter?  It could be months before Remo completes my order.

*Edit* Elderly Instruments just got this size with a medium crown in stock- what luck!

My error I pasted the wrong link. They have all sizes.

I am not sure ..I suggest not rushing into it. Does the hoop have a machined out section where the hoop meets the neck?  That may mean that a Medium crown will fit..check the "measuring a head" details on the Brown Dog site.

I also suspect that crown height might be a factor.

It does have a cutout in the tension hoop where the neck meets the rim, so I imagine a medium crown will likely work fine.