I received this in an email from a friend this evening. 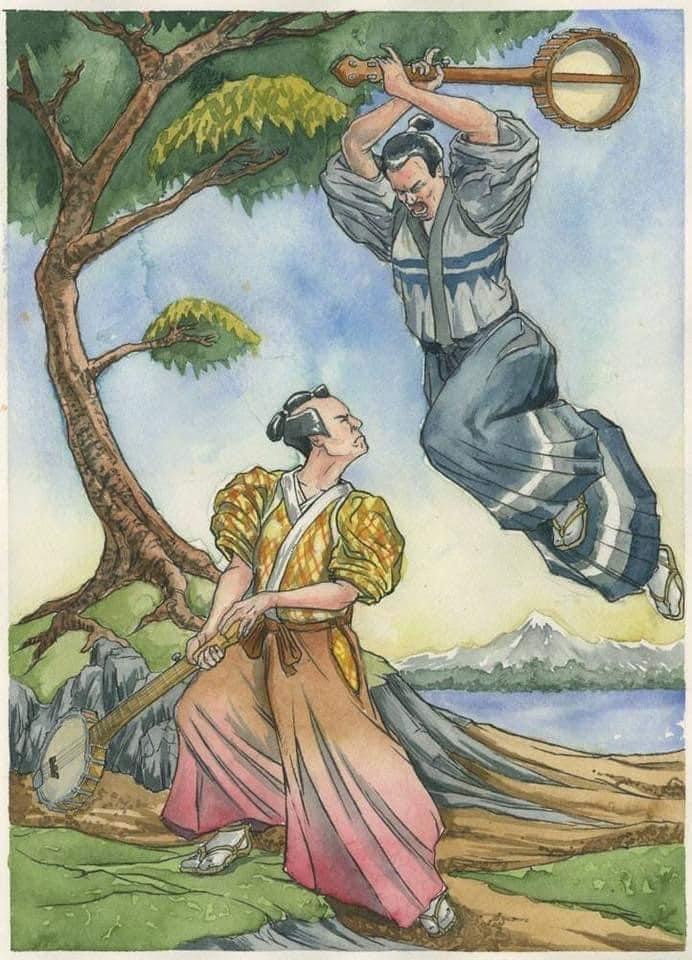 I'll bet those banjos are hard to pull out of the scabbard quickly! Time to go sharpen up the old Stewart!

I finally found (after many years of searching) a company who makes tabi socks that fit me. My mother kept my first pair (which were baby-Marc sized as I was born in Japan). Now I can be cool like the other old men around here. Socks and sandals...at least in the winter.

I was just talking on the phone with my boyfriend's 93 year old Japanese mother,  and decided to try and describe the picture....not sure i was successful!

One potential point of confusion would be the "banjo" is a near homonym for "benjo" which means "toilet" in Japanese. Yes I can see it now. The  samurai on the ground is about to swing the toilet he is grabbing by the neck into the belly or knees of the samurai in the air who is about to bring the pot of his toilet on the head of his opponent. And somehow the sandals of the flying samurai remain on his feet. But the neck of the toilet of the airborne samurai seems destined to become entangled in the branches of a tree before the toilet pot can do any harm.

Without seeing the picture  I might have some trouble picturing that even without being  a 93 year old Japanese woman ,

I was just talking on the phone with my boyfriend's 93 year old Japanese mother,  and decided to try and describe the picture....not sure i was successful!